5 average based on 3 votes

The Arkansas Game and Fish Foundation and the City of Jacksonville were partners on construction of the Arkansas Game and Fish Foundation Shooting Sports Complex. A state-of-the-art public shooting range facility at the intersection of Loop Road and Graham Road in Jacksonville. This multi-use complex is the largest of its kind in the state. It includes a 14 trap fields, three skeet overlays, three lit fields, two pavilions, a lake, 3-D Archery Range and a 5,100 square foot Witt Stephens, Jr. Clubhouse that includes the First Security Learning Center. 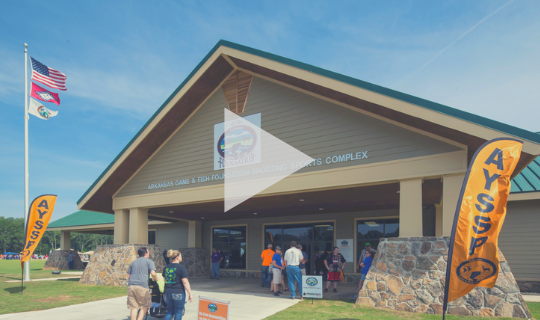 For Holiday hours go to: Know-Before-You-Go

Fees for shooting including clay targets:

The pro shop offers ammunition, ear and eye protection, shirts, hats, and much more for sale.